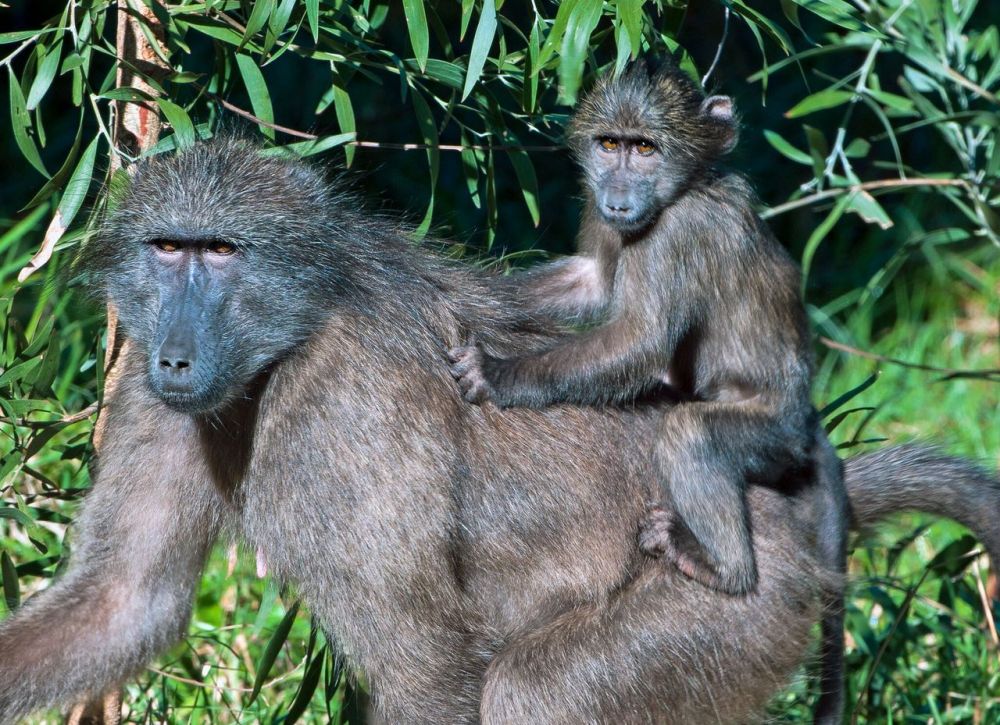 This info has been taken from the following site: http://www.imfene.org/baboons-and-dogs

When baboons live near humans, they naturally come into regular contact with the pets of humans, including dogs. Sometimes interactions between baboons and dogs turn nasty and one of the animals involved – dog or baboon – ends up getting hurt. Contrary to popular belief, baboons have no reason to hurt dogs unless dogs are a threat to them, nor are baboons ‘territorial’ with dogs. Dogs defend territories; baboons do not. In fact, baboons have been observed grooming and playing with dogs that they are familiar with.  However, bear in mind that dogs are domesticated whereas baboons are wild animals and are thus unpredictable in their behaviour.

More often than not, when dogs get hurt by baboons, this results from fights started by dogs or when an owner has told the dog to go after the baboon. Usually the initial reaction of a baboon to a dog is to run away or to simply ignore the dog. However, if a dog threatens or attacks a baboon, perhaps because it sees the baboon as a threat to itself or its owner, the baboon will likely respond with aggression simply to protect itself.  Dog owners should be aware of this and avoid contact between dogs and baboons as much as possible.

Baboons and dogs may have playful intentions toward each other when they meet, but one can never be sure about the intentions of animals and we thus cannot predict what such interactions may lead to. Pet owners should take precautions to prevent conflicts between baboons and dogs by preventing them from interacting in the first place.

Solution: Keep Dogs Away from Baboons

Whenever possible, try to prevent any interaction between dogs and baboons.

On Your Own Property:

Please credit this website for any and all use of this material.